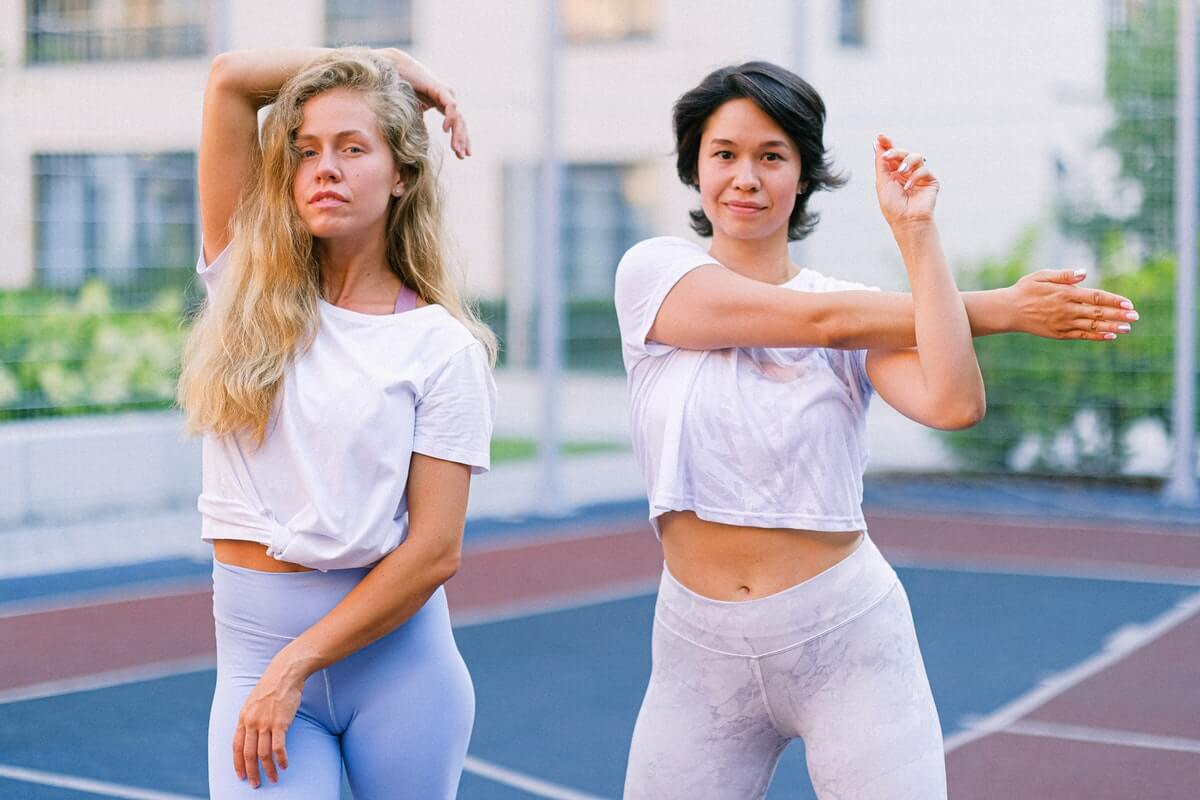 While the worlds of sport and fitness are intertwined, it wasn’t until the 1970s that popular culture was ready to embrace fitness as enthusiastically as it had embraced sports. Physical fitness had not yet become important for improving health, and popular opinion compared physical fitness to work and manual labor. In the 1940s and 1950s, few voluntarily participated in fitness. Among those who did were Jack LaLanne, Victor Tanny, Joseph Gold, Joseph Weider, and Les and Abbye “Pudgy” Stockton. These fitness pioneers, among others, drew people to Santa Monica, California, the original Muscle Beach. Visitors came to see his feats of strength and acrobatic displays. More and more viewers became participants, and these people, originally on the sidelines, became part of the mainstream culture. Jack LaLanne, Vic Tanny, and Joe Gold started gym chains with bodybuilding as their primary focus. Due to the influence of Abbye “Pudgy” Stockton, women learned the musculature and strength that come with bodybuilding. No longer reserved only for “strong men”, bodybuilding caused a change in the mindset of everyone who visited Muscle Beach.

From the seeds planted in Santa Monica came Venice Beach, the home of bodybuilding legends Arnold Schwarzenegger, Frank Zane, and many, many more. Venice Beach in the 1970s brought with it a worldwide fitness explosion. Not only did bodybuilding become mainstream, but popular opinion about fitness changed dramatically. Americans in the 1970s would do anything to improve their health and fitness.

Sports and athletics also grew in the 1970s. Women became increasingly interested in participating in sports; however, very little funding was available for the development of women’s athletics. In 1972 a landmark law was passed. Part of a series of educational amendments, “Title IX,” legislated gender equity in athletics. Not only were women becoming more active and fitter, there was now a law that required equal funding and equal opportunity for female athletes. On September 21, 1973, tennis star Billie Jean King defeated Bobby Riggs in the first winner-take-all tennis match “Battle of the Sexes.” The uproar surrounding this event and its outcome provided an even greater incentive for women to get involved in sports and fitness. In 1977, a record 87.5 million American adults over the age of eighteen claimed to be involved in some form of athletic activity.

The fitness industry continued its growth in the 1980s. Gym owners adapted their facilities to attract clients, and new gyms were opened in the United States and around the world. A healthy lifestyle was becoming part of popular culture. It was no longer out of date to be athletic, strong, or healthy. With the development of new technologies, health and fitness were able to reach homes. Exercise tapes became available in the early 1980s and continue to encourage those who cannot access a gym or health center. Innovators like Jane Fonda and Richard Simmons were able to bring their exercise programs to a new population. Joe Weider became a significant force in bringing health, fitness, and bodybuilding closer together through his magazines and brochures. Thanks to fitness pioneers like Weider, Gold, Fonda, and Simmons, fitness continues to play an important role in modern society. The importance of being in good health and physical shape has had and continues to have an impact.

Health is wealth: a conceptual critique

The difference between supplements and diet pills